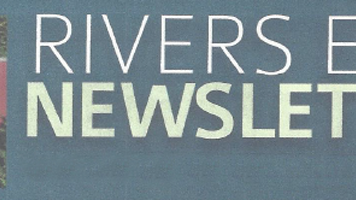 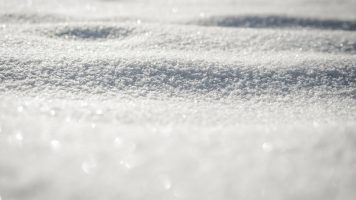 Night at the Movies at Rivers Edge

By popular demand, movies every Tuesday night will continue through March, but we will return to the every other Tuesday schedule in April.

Note: Signup sheets for all events are on the bulletin board in the Clubhouse (kitchen hall). Please sign up early if you wish to join any of our events. Pizza on move nights is $6 pp.

Outing to The Best Western-Dinner and a Comedy Show
Originally scheduled for February 12th, but rescheduled to February 19th due to the snowstorm, a group of Rivers Edge folks enjoyed a great buffet dinner, followed by a hilarious comedy show at the Best Western Inn at Hunts Landing hotel. This event, sponsored by the Pike County Chamber of Commerce, featured two great comedians – Tom Daddario and Vic Dibitetto, the latter having considerable fame in Vegas, on TV and on cruise ships. This was a great entertainment venue right here in our backyard, and a great time was had by all. 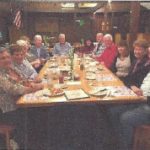 Outing to Maple River Restaurant
On January 26th, and again on February 23rd, Rivers Edge residents went to dinner at the Maple River Restaurant in Port Jervis. This unique eating establishment is situated ½ in NY and ½ in NJ, with the state line dissecting the dining room, so that even though we were at one table some of us were in NJ and some in NY.

Regardless of where we sat, we had a wonderful time sharing together as friends and neighbors.

Consider joining us next time. We have a ball! Look for emails.

Outing – Yanni’s Front Street Café
On Wednesday, January 11th, a group of Rivers Edge residents got together for dinner at Yanni’s Front Street Caré. Nestled in a small shopping corner of Port Jervis’ Front Street area, this small but friendly café offers up great food at very reasonable prices. With lots of laughing and bantering with Yanni, along with friends and neighbors enjoying the company and food, it was a delightful evening.

May 2015 – Bill and Ruth Leech moved to Rivers Edge from Yonkers, NY. Bill is a retired police officer for the Westchester County Police Department where he was a Detective Sergeant Supervisor of the Fraud Department. He also designed the patches and decals for the investigation business Discovery Private Investigation.
Ruth worked 35 years for the Yonkers Board of Education as secretary in the Central Office, and at the same time taught tap dancing and helped choreograph many plays throughout Westchester County.
The couple has two sons – Billy and his wife Randi who live in Clinton, CT where he owns his own business, NEPPCO Painters, LLC; and Stephen and his wife Debbie who relocated from Boca Raton, FL where he owned Quality Electrical Services of South Florida for 11 years before they moved to Milford PA and established his own business, Pike County Generac, Inc. Bill and Ruth live at 706 Braeburn Path.

All men of Rivers Edge are cordially invited to join our new Men’s Coffee Social hour at 9:00AM on the first Saturday of each month. We meet at the Clubhouse for coffee & pastries, and friendly, light-hearted conversation. Come join us!

For the months of January and February, our community movie nights were every Tuesday, rather than the normal every other Tuesday schedule. By popular demand, this every-Tuesday schedule was continued through March but will return to the regular schedule in April. First Tuesday of each month is pizza night, but you don’t have to watch the movie to join us for pizza. Come join us and have some fun! And consider watching the movie too – they’re all good!

A community residents’ meeting was held on January 25th, with a primary purpose of discussing and ratifying several open topics in the Rivers Edge Community Rules and Regulations.

Gutter Cleaning & Guards: Jim Soojian gave a report on the cleaning of all community gutters, and noted that many homes on Macintosh have an issue with deteriorated gutter guards. A sheet was created to obtain permission from Macintosh residents to remove the deteriorated gutter guards and proceed with cleaning those gutters as soon as possible. One resident chose to keep existing self-installed guards and forego cleaning. Remaining gutters on Macintosh will be cleaned as soon as possible.

Jim also showed samples of gutter guards under consideration by the HOA for installation on all homes. Due to the high cost of this project, further action has been temporarily suspended until a more detailed cost justification analysis can be completed.

Rules & Regulations: There were three community rules topics open for discussion: Automobiles & Parking; Guests at Community Functions; and Private Use of Clubhouse Facilities. Much discussion ensued on each of these topics, resulting in adoption of new Community Rules & Regulations in these areas, with the following changes noted:

Note that minutes of the 1/25/17 meeting have been distributed to all residents via email, along with the final approved Community Rules & Regulations. Also distributed was a new Community Welcome Packet to be given to new owners, and the new Use Agreement for Clubhouse Rental by residents.

Building 23 (on Braeburn) has been permitted and surveying will commence in early March, followed by foundation work this spring. Plans are still being developed for a new riverside unit, building 8, but have not yet been submitted for permitting.

For those of you who like a friendly afternoon game, every Tuesday and Thursday at the Clubhouse is Rummikub Day. This isn’t a highly competitive afternoon, but a lot of fun and camaraderie. Game start at 3 PM. Just show up if you’d like to play.