Milford, Pennsylvania is in the heart of the Delaware River Highlands, along the Upper Delaware River. Milford is the north gate to the Delaware Water Gap National Recreation Area, located 20 miles west of Middletown, NY, 35 miles north of Stroudsburg, PA, 50 miles east of Scranton, PA, and 75 miles from New York City.

From N.Y.C to Port Jervis, NY

If you need more information on airports near Milford, PA please click here.

Our 4800 sq. ft. facility is located in the “red barn” behind Pike Physical Therapy on Route 739 (across from Dingman-Delaware Elementary School).

Breakout of that rut at Jen Murphy Fitness in Milford, Pennsylvania. Say goodbye to the humdrum and have fun getting in shape. Whether it’s in a class setting, or one on one, enjoying your workout is the key to reaching your goals.

Come and join the movement. Meet new friends. Have a blast. And Live Life Fit.

Black Bear’s mandate is compelling … its programming unique … and its coordinators comprised of influential, thought-leading individualists who would rather face death than sacrifice the integrity of a film or venue. Generational to the area, relatively new to the area, or weekenders, they are committed to producing a program that is only pure in spirit and thought-provoking in content.

Unlike the majority of upstart film festivals, the Black Bear Film Festival packed the town and sold out every showing the first year. Featuring underseen classics and current independents, the local theaters have not experienced such tremendous turnouts and enthusiasm in decades. The heart, souls & psyches of thousands continue to fall spellbound by the profound screen images and the pure entertainment of the festival’s programming. In celebration of Milford’s rich heritage as a filmmaking location, also featured are silent & historical films originally shot in this beautiful country setting. Zane Grey, D.W. Griffith, Mary Pickford, Lillian Gish and John Barrymore are just a few of the celebrities who have graced Milford’s alleys long before us. Milford is also the home of Gifford Pinchot, a leader in the American conservation movement, and Black Bear pays tribute to this movement by also featuring films which celebrate the preservation of the natural world.

Nestled within the historic and charming village of Milford, a mystical luminescence of a winter’s light fills the air each January. The luminescence will take your breath away as you gaze in wonder. Feelings of the child you once were will resurface, and those who are children now will delight in its beauty. The Winter Lights Festival will remind you of a simpler time when the winter season was appreciated for its crystal clear quality and the crisp and rejuvenating effect. The town is aglow with a unique ice and light installation, ice skating on our Victorian village green and an original theatrical ice dancing performance with life sized masks and puppets. The festival is produced by Innovative Arts and the 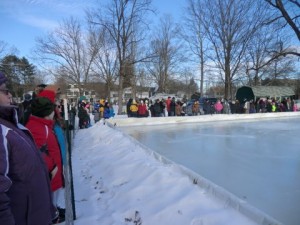 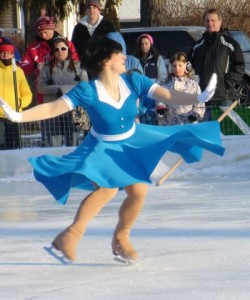 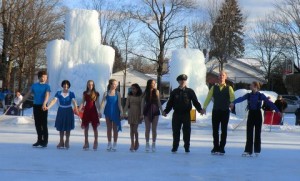 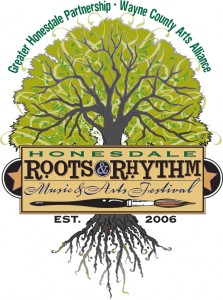 THE FESTIVAL IS ALWAYS THE 3RD SATURDAY OF JUNE! LOCATION: DOWNTOWN HONESDALE AND MAIN STAGE IN CENTRAL PARK. FREE CONCERT! BRING YOUR CHAIRS! BRING YOUR FAMILY!

The mission of the Honesdale Roots & Rhythm Music & Arts Festival, Inc. is to produce a festival to benefit the Greater Honesdale area, Wayne County, and surrounding areas by producing an annual music and art celebration in the heart of beautiful, historic Honesdale. The festival, heading into its tenth year, is free to all who attend and features a wide variety of international and national musical styles, and children’s activities. The festival also showcases local area authors, artists, artisans, and an eclectic blend of food and beverages, all of which appeal to a broad spectrum of ages and tastes.

Below are links from the Delaware River to the County Government for you to learn more about the area. We hope you find this information useful, and if you have any questions please do not hesitate to call our sales office.

The Delaware is the longest undammed river east of the Mississippi, flowing freely for 330 miles as it travels from New York state, through Pennsylvania, New Jersey, and Delaware to the Atlantic Ocean.

The Delaware Riverkeeper Network champions the rights of our communities to a Delaware River and tributary streams that are free-flowing, clean and healthy.

The Delaware River Basin is a place of contrasts. The clean, clear waters of the River’s upper and middle reaches and its cold tributary streams support a wilder landscape rich in fish and wildlife where residents enjoy a more rural way of life. It is also where the visually stunning Delaware Water Gap lies. Every year, millions of visitors take advantage of the wide range of recreational opportunities it offers. Hard to believe it’s just 90 minutes from the heart of New York City. The lower end of the River and its Estuary host the world’s largest horseshoe crab population and an active commercial fishery, yet are marked by heavy industry and busy shipping traffic. The Delaware River Port Complex (including facilities in New Jersey, Pennsylvania and Delaware) is the largest freshwater port in the world and is the largest for steel and paper in North America. The Port is the East Coast’s largest importer of cocoa beans and fruit and as much as seventy percent of the oil shipped to the Atlantic Coast moves through the Estuary.

Tranquility and Excitement! Canoe through rapids and quiet pools as the Delaware River winds its way through a valley of swiftly changing scenery or fish amid rolling hills and riverfront villages in one of the finest fishing rivers in the northeastern United States. The clean water of the Delaware, the last major undammed river in the eastern United States, supports a healthy ecosystem and offers tranquility and excitement.

The River, the Valley, and You! We are honored to be invited into America’s towns and cities to work with those who share our commitment to conservation, preservation, and recreation. Find out what’s happening in your community.