Hot spot Pike County, PA is home to Rivers Edge, one of the fastest growing adult community in eastern PA 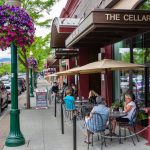 Almost three-quarters of a million Americans during that period moved into one of the 442 counties that the Agriculture Department tags as retiree spots.

The figures are a fresh sign that the nation’s 74 million baby boomers—those born between 1946 to 1964—have dug out from the 2007-09 recession that locked many of them in place when home and stock values plummeted.

Where Americans Are Moving

Pike County, Pennsylvania is among the hot spots with an increase of +0.9 in retiree growth. 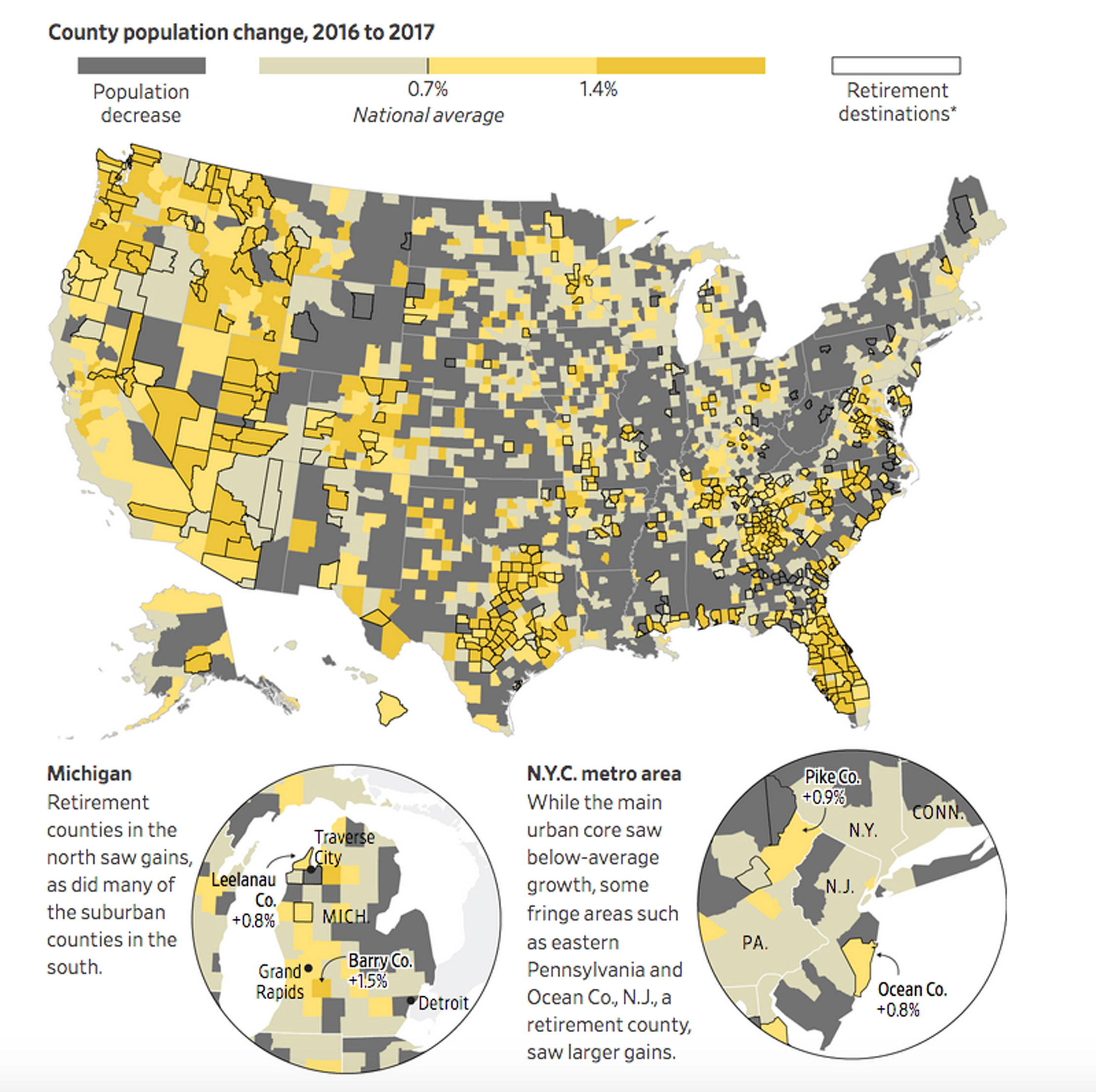 Suburbs are drawing more Americans who are being priced out of expensive urban cores, and pulling in millennials and younger members of Generation X who are settling down to start families or have more children.

America’s big cities continue to grow, with their population rising 0.7% in 2017. But that growth is now on par with the country on the whole after years of outpacing it, and is primarily because immigrants keep arriving there. In the past five years, large U.S. cities have gone from drawing people from the rest of the country to in 2017 losing 437,000 domestic migrants as residents flow to suburbs or uproot for midsize cities.

The millennial generation—a juggernaut of 71 million Americans born between 1981 and 1996—helped revive cities by moving there for jobs and delaying marriage and children longer than previous generations.

While birthrates among millennial women remain low, there are signs that some who put off having children after the recession are now going forward with it. Among women ages 30 to 34, the birthrate in 2016 rose to its highest level since 1964, according to the most recent Centers for Disease Control and Prevention figures released in January. This age group had children at a higher rate than women ages 25 to 29 for the first time since the government began tracking the figures reliably in 1940.

“Even if you could afford to live in an urban area, pushing a stroller and going to the grocery store with a 1-year-old isn’t that easy,” Mr. Burns said.

Rural population growth in 2017 remained flat. Including a trickle of immigration, about as many people moved out of sparsely populated counties as moved in, while births slightly outpaced deaths.

The new figures underscored how metropolitan areas with low unemployment and affordable housing drew residents. The Dallas-Fort Worth metropolitan area gained 146,000 residents last year, the most of any U.S. metro and more than the entire Northeast. Six of the top 10 largest-gaining counties in 2017 were located in Texas.

Rust-belt areas continued to shrink, with the counties containing Chicago, Baltimore and Cleveland, respectively, losing the most residents in 2017.

But there were signs of promise for manufacturing areas. A group of 516 counties designated as manufacturing-dependent by the Agriculture Department have steadily gained population since the beginning of the decade, though they grew at a rate of just 0.4% last year.